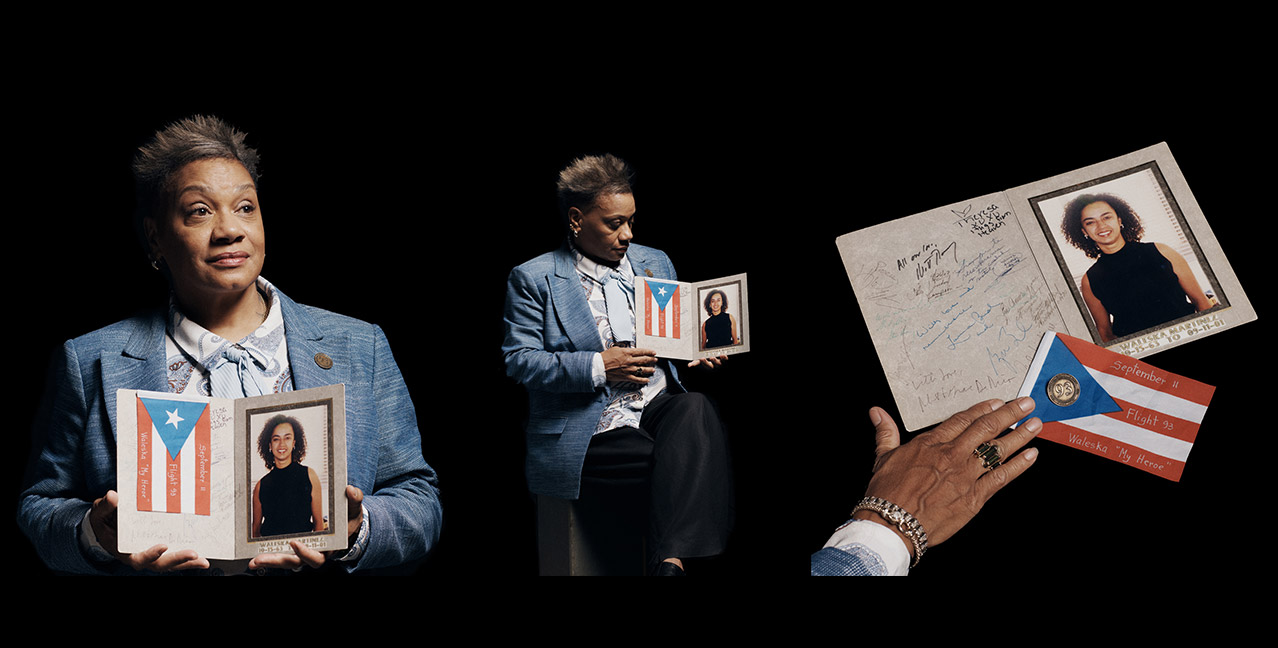 Lourdes lost her younger sister, Waleska Martinez on United Airlines Flight 93. Waleska worked for the United States Census Bureau in New York for 13 years. In 1997, Waleska was awarded and presented with “The Bronze Medal Award,” one of the highest awards given by the United States Department of Commerce. The Puerto Rican Cultural Center in Springfield, Massachusetts, recognized Waleska in November 2002 as “Una Boricua Para La Historian Vuelo 93”. Lourdes honors her sister’s memory by always carrying a photo of Waleska wherever she goes and sharing her family’s 9/11 story, along with what she has since is learned about the importance of resilience. Today her motto is “No More tears, it is time to stand up”.