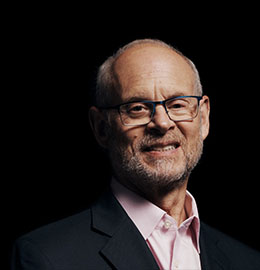 Jay S. Winuk is co-founder and executive vice president of 9/11 Day and MyGoodDeed, the nonprofit organization that annually organizes the September 11 National Day of Service and Remembrance.

On September 11, 2001, Jay’s brother Glenn J. Winuk, an attorney, volunteer firefighter and EMT, was killed in the line of duty at the World Trade Center. Inspired by his brother’s devotion to community service and courageous actions, Jay joined David Paine in 2002 as co-founder in helping to build the 9/11 Day Observance initiative. He has become a passionate advocate for volunteering and national service.

Jay is a frequent public speaker and a leading national voice about volunteerism, charitable service, terrorism, individual empowerment and his own experience as the brother of a murdered 9/11 first responder. His work, commentary and personal story have been featured in major news media reports, documentaries and books throughout the nation and world. Jay was a featured speaker at the nationally televised ServiceNation “Presidential Candidates Forum” at Columbia University, representing the 9/11 family community and delivering his remarks just prior to those of candidates U.S. Senators Barack Obama and John McCain.

Since co-founding MyGoodDeed, Jay has spoken about charitable service and volunteerism before dozens of audiences – including at national conferences, corporate and annual meetings, press conferences with national legislative leaders, charitable events, on Capitol Hill, at colleges and high schools and more. Opinion pieces and articles Jay has written about these themes have been published by numerous media outlets and organizations, including CNN.com, Yahoo News, the National Constitution Center, Gannett Newspapers, McClatchy, Maria Shriver.com, the HandsOn Network, The Record and the United States Department of State, which invited Jay to write a piece for its publication, “Resilience After Terrorism,” which was distributed to all U.S. embassies around the world in 2011.

In June 2011, Jay received from President George H.W. Bush and the Points of Light Institute the “Daily Point of Light Award” for “creating meaningful change in communities across America” and “helping to shape a better tomorrow for our nation.” In September 2008, Jay and David received the “President’s Call to Service Award” from The White House, one of the nation’s highest civilian service honors. In December 2011, Jay received the “Most Inspiring Person of the Year” Award” from Beliefnet, the largest online resource for inspiration and spirituality. In September 2011, he and David were awarded the “Teammates in the Community Award” by the New York Mets and the Citi Foundation for their work promoting service and volunteerism.

In recognition of his work in the national service sector, and as a tribute to his late brother Glenn, Jay was invited by U.S. Senator Hillary Rodham Clinton to be her guest at President George W. Bush’s final “State of the Union” address on January 28, 2008. Upon the killing of terrorist Osama Bin Laden by the U.S. military in May 2011, Jay was invited by the White House to be among a select group of 9/11 family members to meet privately with President Barack Obama.

In addition to his leadership role for MyGoodDeed, Jay serves as president of Winuk Communications, Inc., the public relations agency he founded in 1994. He has won numerous national public relations awards, including Silver and Bronze Anvils from the Public Relations Society of America, the industry’s highest honors, and has provided PR support to many of the nation’s leading corporations, nonprofits and other organizations. Previously, Jay was an executive at Burson-Marsteller and Golin/Harris, two of the nation’s top 10 PR firms, and served as director of public relations for Radio City Productions, the nation’s leading live entertainment company. He also was a partner and managing director of Dirty Water Integrated, a branding/advertising/PR agency. Over the years, Jay’s clients have included the NFL Alumni Association, The Coca-Cola Company, General Foods, the city of Berlin, Pfizer, Kreindler & Kreindler, a Journey for 9/11, Columbia Presbyterian Medical Center, Citibank, Clear Channel Entertainment, the Albert Einstein College of Medicine, Robert K. Futterman & Associates and many others. Jay began his career in the nonprofit sector, serving as the director of public relations for the Boys & Girls Clubs of Boston. He earned a master’s degree in public relations from Boston University and a B.A. degree in communications from the State University of New York at Oneonta.